Consider Prince George and feel free to reach out to me either on LinkedIn or via email at [email protected] and I'll be happy to talk about what's happening here. 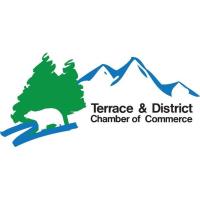